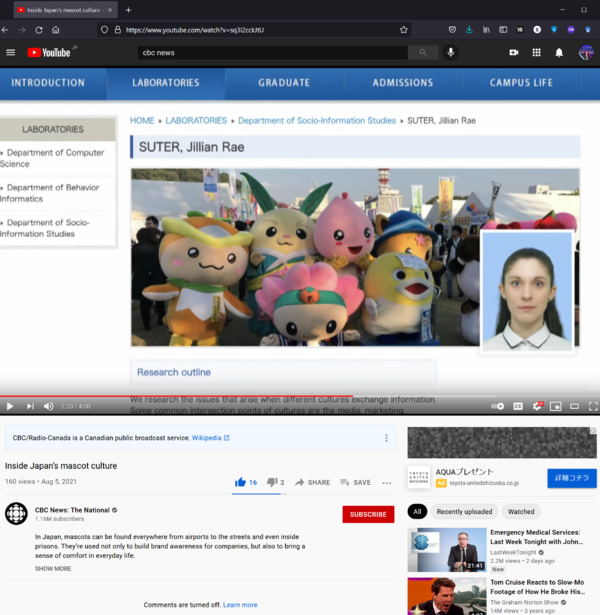 Shizuoka University's Department of Informatics Assistant Professor Rae Suter was interviewed as part of her research into mascot characters in Japan for CBC News: The National on August 5, 2021.

The spot was called "Inside Japan's mascot Culture" and has a YouTube link. (Attached photo of screenshot.)

She thinks that Japan has more animism than other, usually Western, countries, so mascot characters are more easily able to represent places and things. There is also Japan's culture of kawaii and the healing properties of kawaii that play an important role in mascot popularity. Also, regional pride and strong ties to one's home town also are important reason why Japanese mascot characters are popular.